Posted on 13th October 2013 by PTSnoop in Games 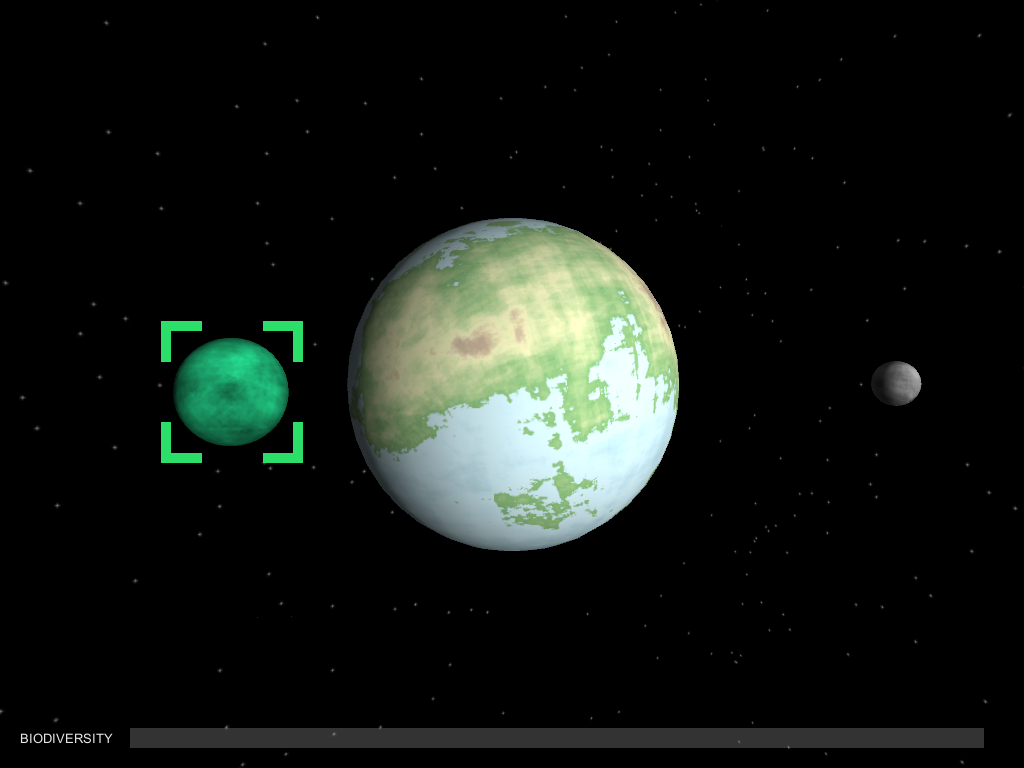 This month, I’ve been concentrating on getting an Android version of SpinHex properly polished for the Ludum Dare October Challenge. But that’s still really last month’s game, and I kinda feel like I still need to put together something else for this month of OneGameAMonth. So I’ve spent this weekend on the Arbitrary Game Jam instead.

Your planet is in danger from constantly-spawning red asteroids. Your only hope of avoiding extinction is to launch gravity-manipulating masses into space to deflect the asteroids away from your planet. But the act of creating these masses can take a heavy tole on your ecosystem as is, so be careful.

Left-click to select masses, right click to move them. Hold the middle mouse button to rotate the camera. Click on the planet to spawn a new mass.

The given themes for this game jam were “Scarlatina” (scarlet fever), “Anabasis” (a military ascent, esp. that of Cyrus into Asia in 401 BC), and “Biodiversity” (variety of life in an ecosystem). I think I’ve got Biodiversity pretty well covered in this game, and if we push the definition a bit then each mass is definitely taking part of a “military ascent”, albeit one into space. I’ve decided to take a slightly more etymological attack at the word Scarlatina, though, by making the asteroids Scarlet, then taking the diminutive suffix “ina” and tagging it onto some gravitons to make the second half of the game name, “Gravitino”.