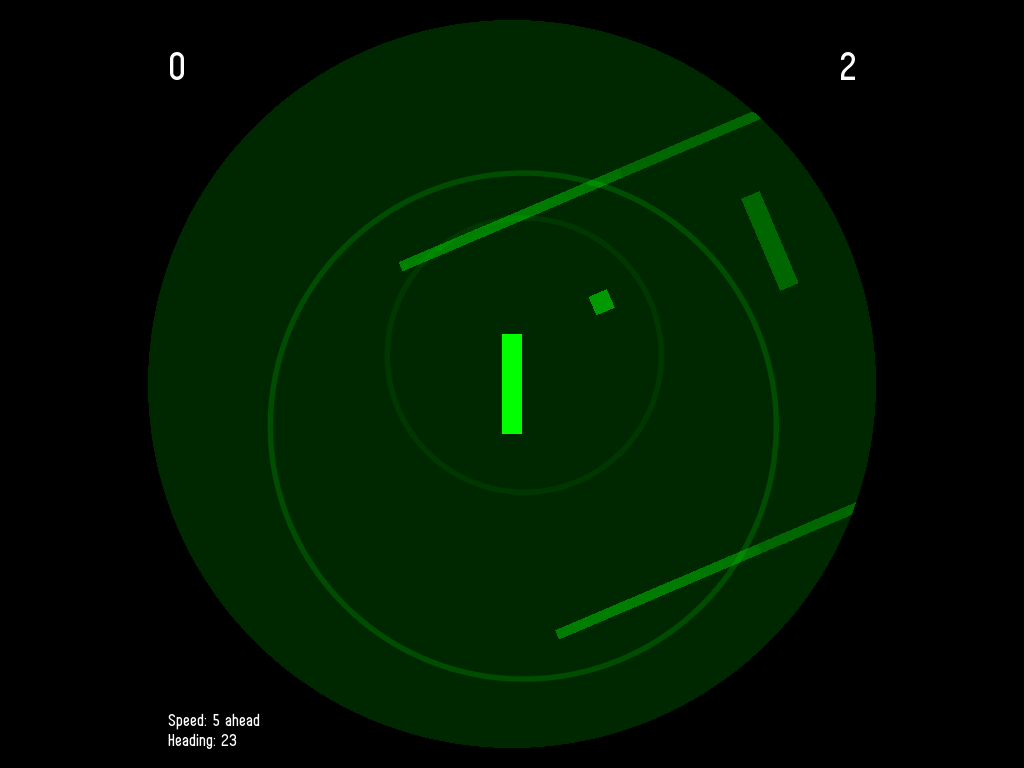 Feels like a while since I last released a game… I’ve been working on some larger projects, which I’m not going to say anything about because they’ll probably never see the light of day.

But for now, here’s a game for a Mini Ludum Dare. The given theme was “Pong”, so I decided to interpret the theme in two different directions at once – and make a submarine version of the game Pong, where you use sonar to detect your opponent, and the ball.

Controls: Arrow keys to steer, space to ping with your sonar.