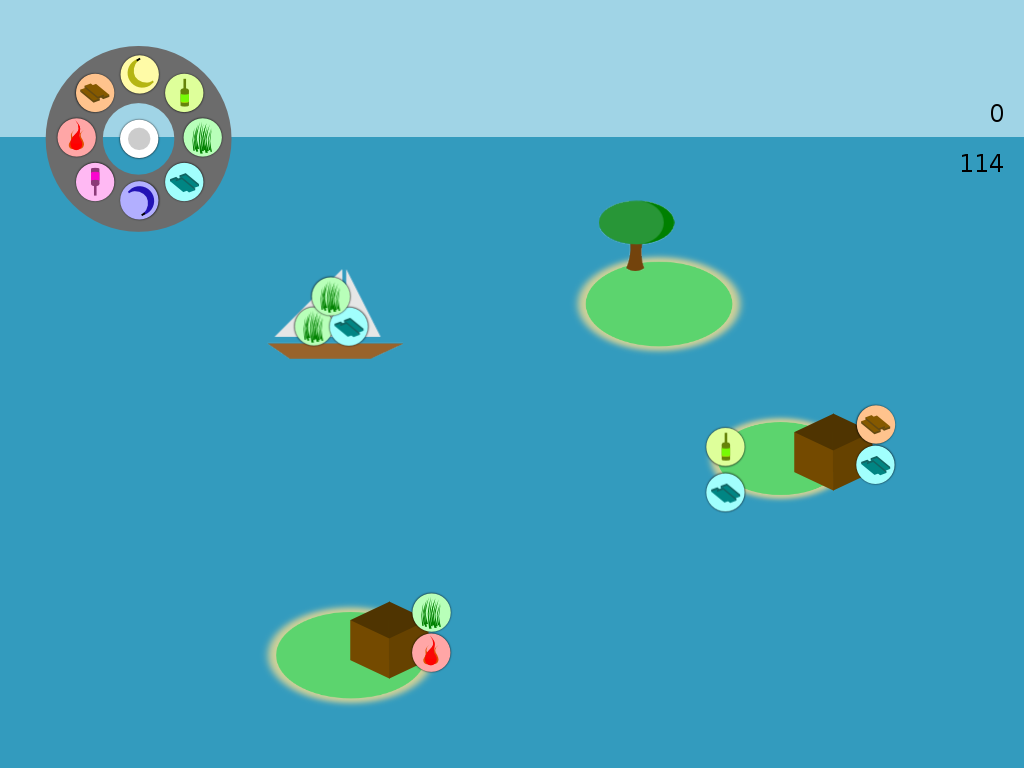 My game for GPCv17, Quantum On The High Seas, is now finished. It’s pretty much an exact implementation of my original sketch from before. I never did manage to get the Entanglement mechanic to actually add anything to the gameplay, but I think it still kinda works.

Move ships or particles onto islands or polarisers by dragging them around.

Opposite particles annihilate one another, earning you points and increasing your time limit.

Polarisers can be used to change the polarity of particles. A polariser can “twist” particles around the polarity wheel. For example, dragging a Rum particle onto a Banana/Anti-Banana polariser will convert it to a Banana or an anti-Banana, because Banana is next to Rum.

Entangled particles haven’t decided their polarity yet, but one is always the opposite of the other.