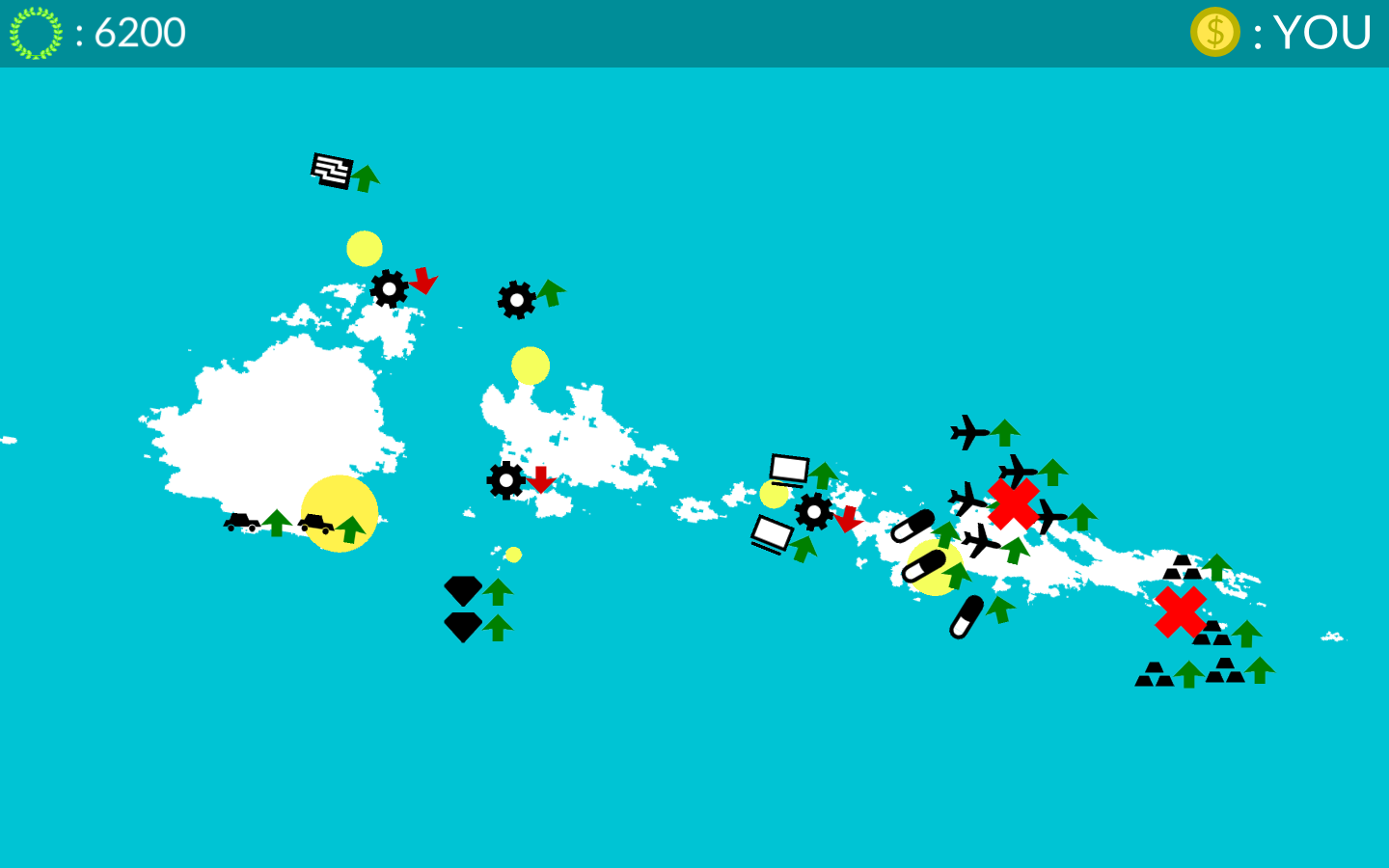 The given theme for this Ludum Dare was “Your life is currency”. So of course I had to take that literally.

In this game, you are the Archipelago Dollar, the new currency of a loosely-aligned trade federation of island city states. Every time you are used for trade, you gain points.

Click on a city to increase the money supply there.

Cities cannot buy goods unless they have plenty of money. If a city has no money, it cannot even sell goods.

Each trade slightly reduces the total money in the system.

More cities will join the trade federation over time.

Any resemblance to real-world macroeconomics is entirely coincidental.