Posted on 8th April 2013 by PTSnoop in Games 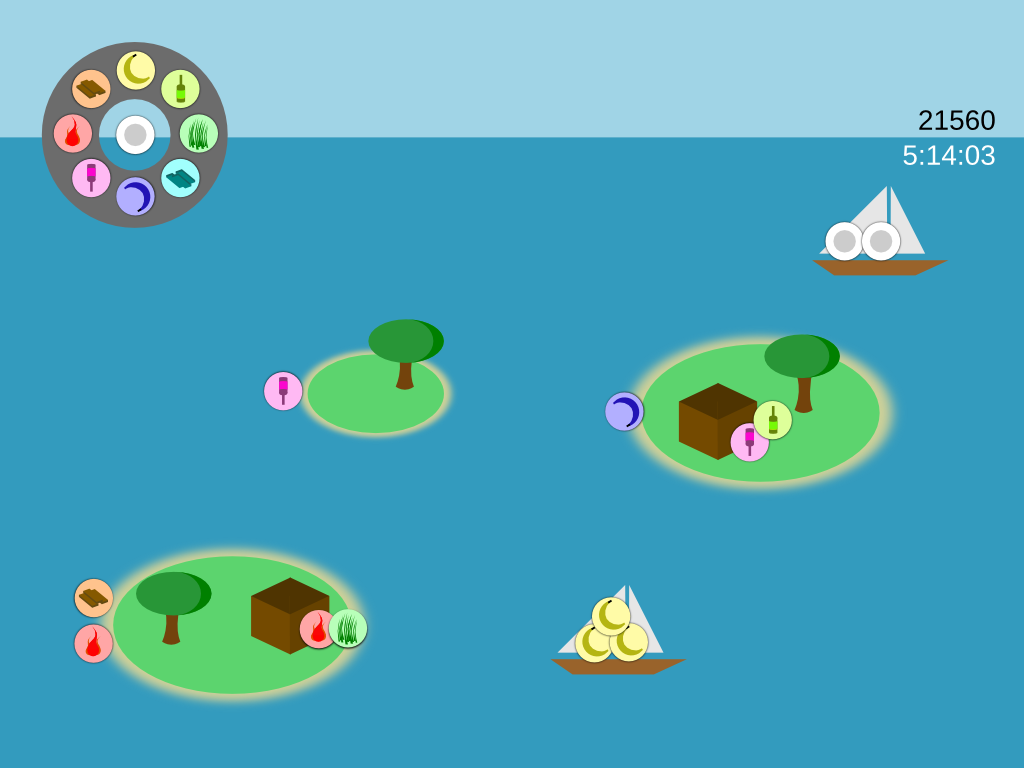 This month’s Game Prototype Challenge has been announced, the themes are Entanglement and Islands. So, crazy person that I am, I’ve decided to make a game about desert island resource management and quantum polarisation mechanics.

You have a group of islands, which produce eight different resource “particles”: fire, wood, bananas, rum, plants, anti-wood, anti-bananas and anti-rum. Opposites (such as bananas and anti-bananas) annihilate when brought into contact, getting you extra points and some more time on the clock. Your task is to keep the islands particle-free.

Now, to properly bring in the Entanglement theme, you’ll sometimes see boats bringing pairs of entangled white particles. These particles are in a quantum state where they’ve not decided what they are yet – if you bring one these to your rum/anti-rum building, one will become rum. The other one, regardless of where it is, will instantly become anti-rum.

I’m hoping all this will make more sense when you’re actually playing. Now the only thing I’m wondering is, what should I use to make this game? I was meaning to have a look at Cocos2d-X or haXe-nme to make this month’s game, but I’m not sure I’ll have enough time between now and the end of the week to make this pretty-complex game *and* learn a new framework. Should I just stick with what I know and use Love2D? My mental picture of this game has a touchscreen, but I’m not sure how well it would actually work without a tablet-sized one, and I don’t have a tablet… Hmm.