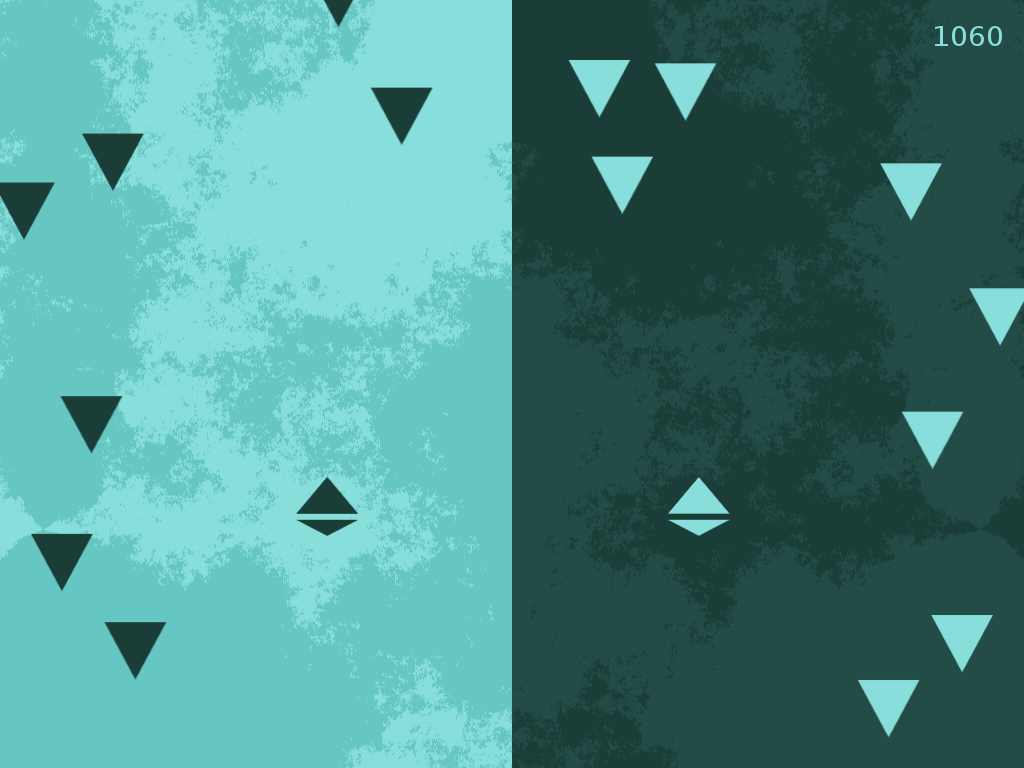 My old game-development-group-gaming-guild-server-people-group-thing are running a game jam this weekend. The given theme was “symmetric chaos”. I’ve not had that much spare time this weekend, but I’ve still managed to throw something minimal together.

The screen is divided into two mirrored halves. Use the arrow keys or WASD to pilot both your craft – each craft will mirror the movement of its other-half partner. Dodge the triangles that descend from the top of the screen. The pattern of the triangles in each half of the screen will be symmetrical… at first. Good luck!