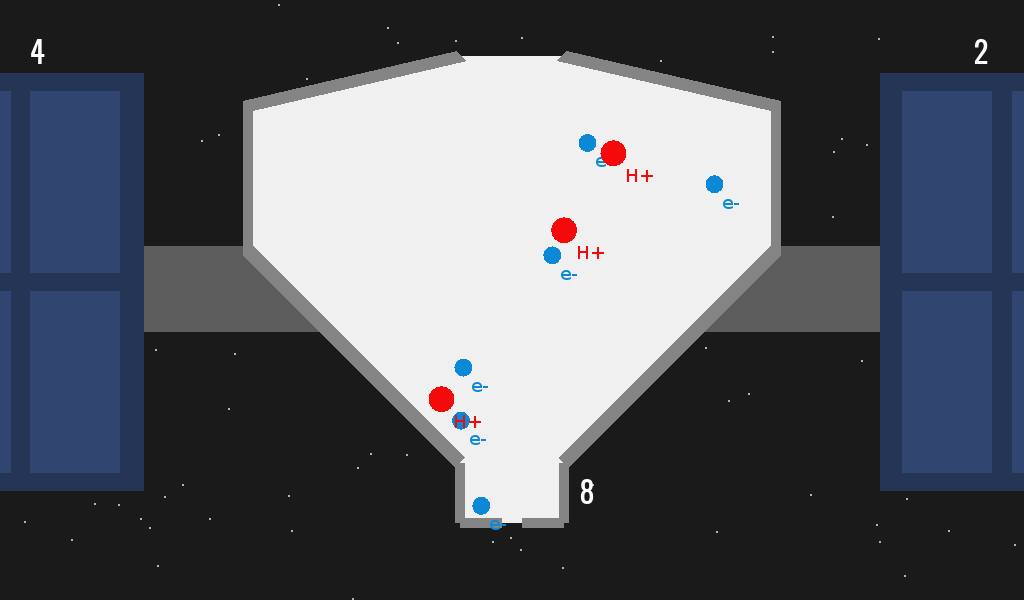 The Orbital Ion Cannon. Able to fire tightly-collimated proton beams at any point on the Earth’s surface. Perfect for all your giant-death-ray-related needs!

Or at least, that was how they pitched it to the budget committee. Sadly none of the engineers stopped to think, if the Ion Cannon is constantly creating positive ions and firing them at high speed towards the Earth’s surface – where’s all the negative charge supposed to go?

So now, as the AI in control of the newly-launched Orbital Ion Cannon, it’s your job to deal with all those pesky charged particles. Make sure the beam stream keeps firing – and make sure those ions don’t become unionised.

Controls: Mouse. Hold the mouse button down to charge it up, release to push particles around.
Once the countdown counts down, the cannon will fire and only if there is a hydrogen ion, with no electrons, in the firing chamber (the rectangle at the bottom). Three successive failed shots = game over. Good luck!